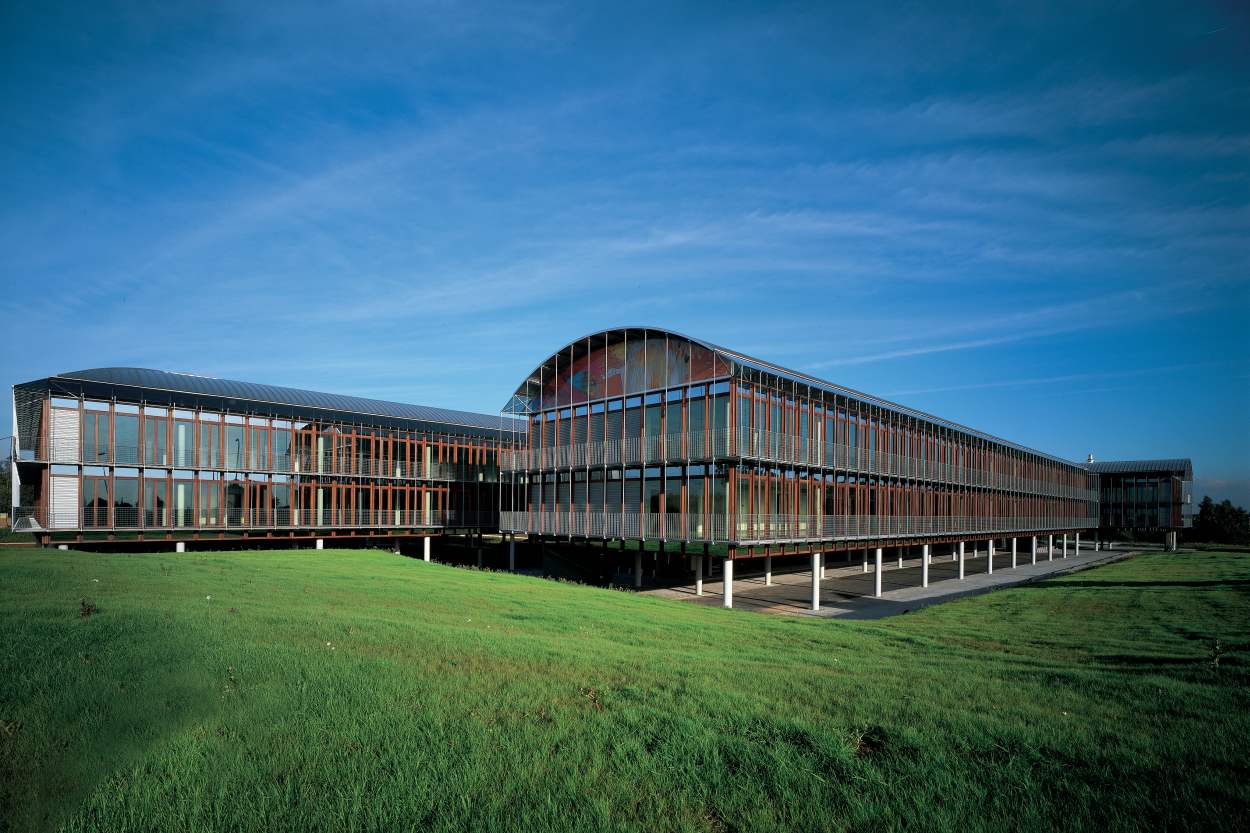 The client requests an economical office building, adaptable to any specific demand of the possible users, which is to be located on the area of the former racing circuit of the city of Nivelles, at the very heart of a general landscape master plan designed by J.N. Capart International.

Modulation, being a powerful tool used all along the evolution of the project, has always permitted to keep a clear building concept.

A square building with an open patio and three rectangular buildings are set on the gentle hill of the Wallon countryside. The four buildings, connected by three glazed cores housing the vertical circulations, enclose a large rectangular courtyard. Depending on their occupancy, they can function as one large entity, or as a group in the style of a hamlet.

The office volumes are raised on steel columns. Their roofs and balconies provide a buffer zone which filters physical and perceptional relations between the inside and the outside.
The parking zone under the buildings is naturally lit and ventilated and is located a few metres below the courtyard, the main entrance « hall » of the complex.

Much as in a granary, the curved aluminium roofs cover naturally ventilated spaces. Suspended galvanized steel balconies with optional external sun louvres filters the hot summer daylight. They also serve as evacuation routes as well as for the appreciation of the natural environment in the open air. The shallow volumes allow efficient daylighting of all offices.

The building are also a cultural act which reflects the social and intellectual life of the region. Four tympans are receiving murals by the painter Yves Zurstrassen, while music composed by Henri Pousseur in symbiosis with the architecture scans the hours and the seasons of the place.

The complex is named after the poet Christian Dotremont, founder of the Cobra mouvement.