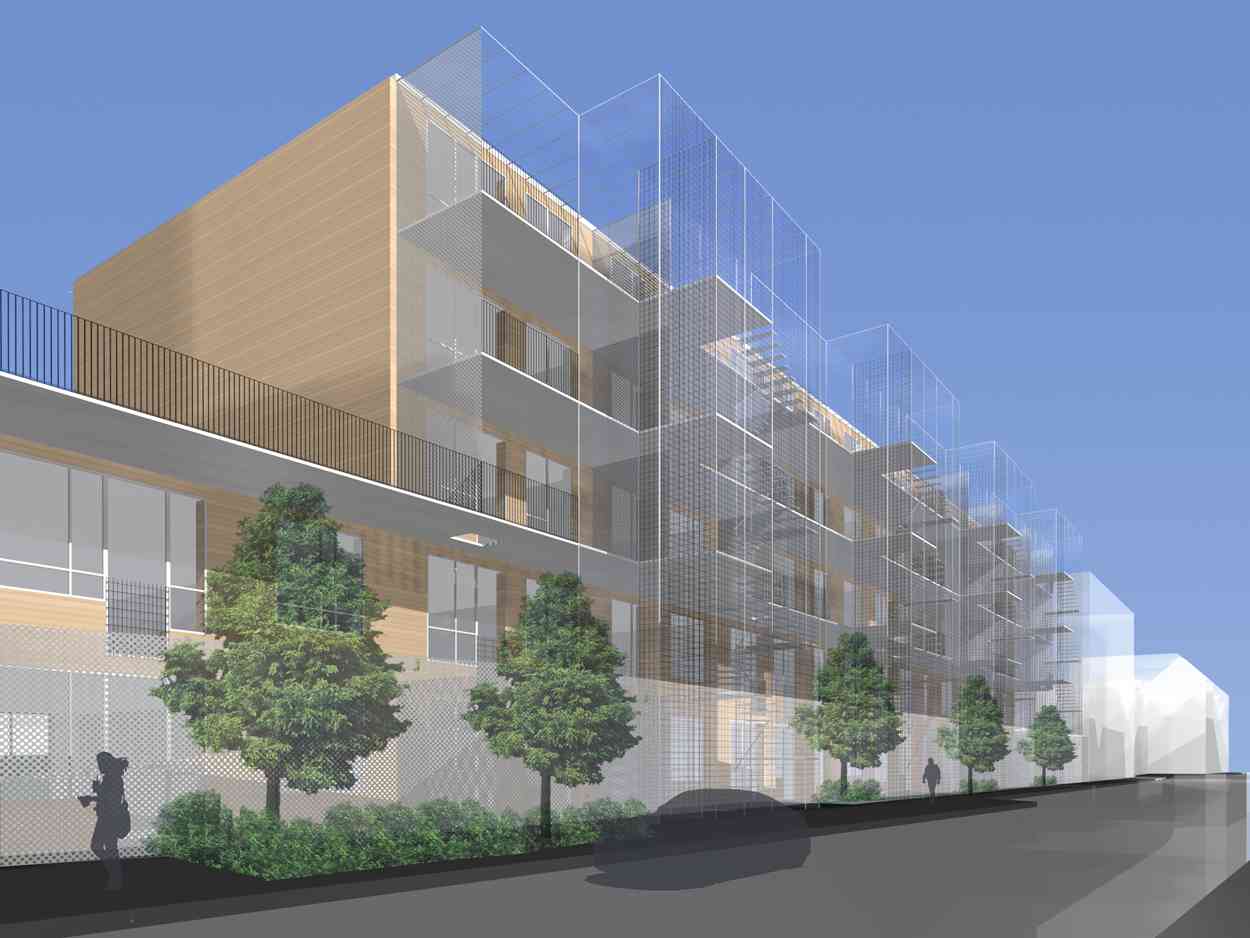 500-100 housing units on the Euroshopping Site

This Public/Private Partnership (PPP) concerns a 90 by 100m area situated in the eastern part of the historical center of Mechelen near the Bruul, a commercial street, and about 250m from the Grand Place.  The gigantic and modernistic “Europarking” structure and the abandoned shopping center from the 60s form an urban eyesore here.

As an alternative to a “tabula rasa” approach, a maximum conservation effort was chosen with a minimum of demolition work, which diminishes the inconveniences and the costs, enables better planning of construction work and ensures the historical continuity of the cityscape as well as natural reductions in scale. Several houses in the city center are still in good shape and, thus, contribute to the urban diversity.

The concept of durable construction is essential: SECO will, among other guarantees, deliver a certificate of durability to future home and apartment owners based on technical and scientific criteria.

Thirty-three street-level housing units, 66 apartments, a 600m2 commercial and HORECA area, and a semi-private interior island are planned in the renovation project.

The “Euroshopping” shopping center is totally demolished. This fortunate clearance provides an ideal point of departure for the underground parking facilities that can easily be connected to the existing underground structures of the “Europarking” building.

The interior island of the parking building forms a naturalistic liaison between the botanical garden and the city center, Each angle of this triangular garden forms an entrance into the urban area: the principle entrance enables pedestrians to reach the Botermarkt and its many shops, and two secondary entrances are connected by a path that follows the historical trace of the reallocated stream (parallel to the parking ramps.)  A perspective is also open on the west side giving onto the historical façade of the Vleeshal. The interior garden is totally accessible during the day and closed to the public in the evening.

The street-level housing units all have gardens that open onto this interior island, as well as onto a green zone on the street side that forms a visual buffer. The apartments on the upper levels have sunny terraces and, when possible, direct access to the underground parking facilities.

The existing structures that are in good enough shape are renovated and insulated. All the buildings to the rear are demolished to make room for private gardens. The preservation of a large number of existing houses and buildings provides a natural source of urban complexity as well as a functional and formal mixture.

A large part of the “Europarking” building is reduced to a four-story level in order to optimize the sunlight in the small Muntstraat. A housing complex with surprising potential is also proposed eventually with a private swimming pool on the rooftop. Only the structure towards the Botermarkt remains at its present height and thus forms a tower of housing units comprising spacious lofts with a ceiling height of almost 5 meters: these units have the spaciousness of a manor house and a breathtaking view on the rooftops of Mechelen.

The new buildings and the renovated “Europarking” building receive new façades of durable hydrothermal treated wood. The combination of green roof tiles, terraces, covered terrace roofs and auxiliary structures in glass and steel result in an architecture that will replace the image of the current concrete colossus in the collective memory.