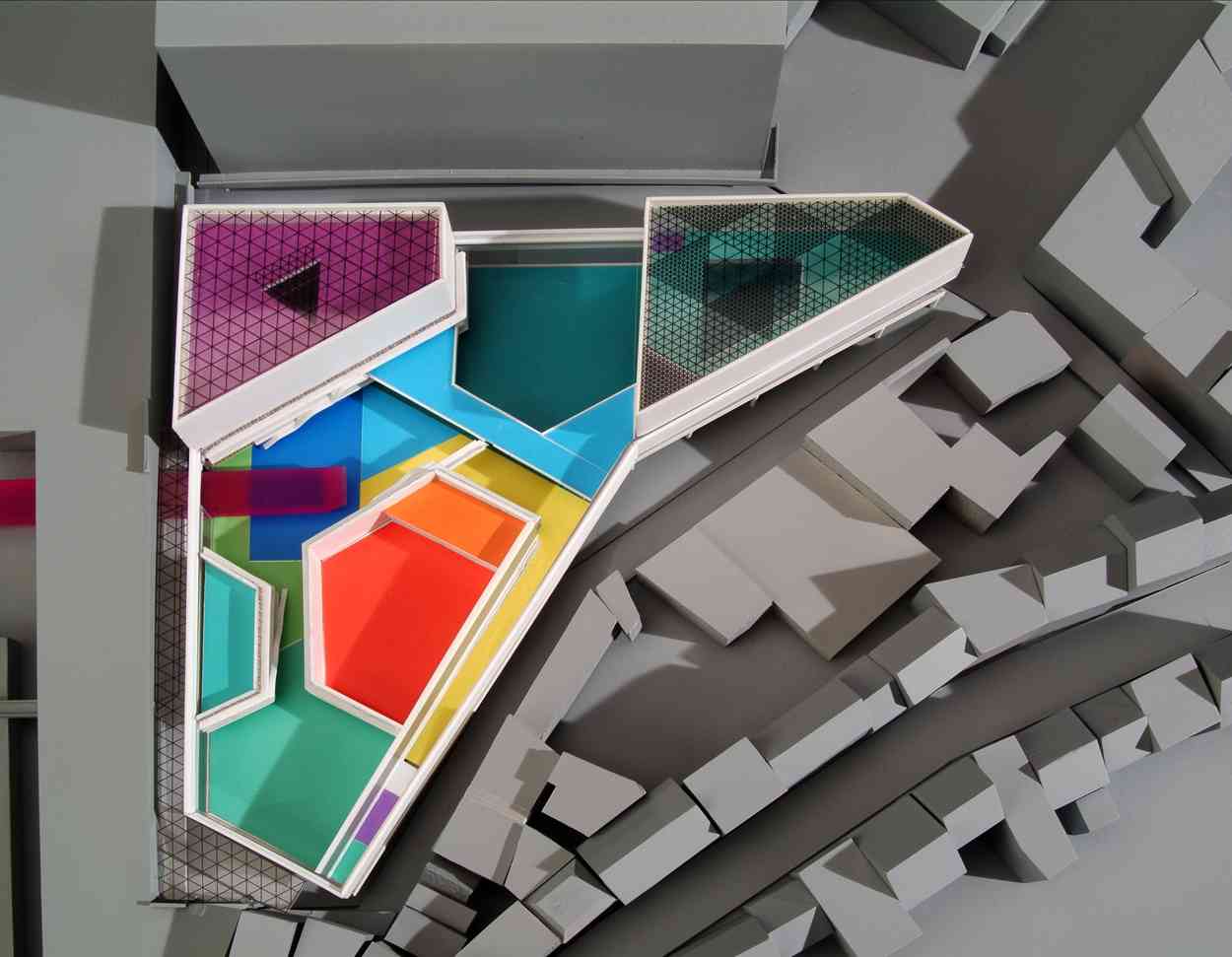 The site selected for the new communal library is a closed basin situated in a residual space at the historical heart of the town. The site is exclusively bordered by rear facades: that of the large multi-functional and commercial complex “het Pand”, that of the tall apartment building ”de Regenboog”, and those of numerous small lots of housing and commerce along the Stormestraat.

Situated at a lower level than the neighbouring buildings, the site is surrounded by urban walls that are more or less blind. The circulation on the site, as well as the liaisons with the surrounding environment, is particularly difficult.

The project takes the form of a closed box set on columns. It makes its footprint on the entire site and is anchored by three volumes at its angles.

By fortunate chance, a structure based on a framework of equilateral triangles imposes itself naturally on the site and provides a strong link between the two existing urban fabrics: the random and sensory network from the middle-ages (small lots situated along the Stormestraat) and the Euclidian orthogonal ensemble from the 20th century (the large complex called “het Pand.”)

The narrow volume of the café/reading-room that “glides” through the interior and the exterior of the building serves as a meeting point and visual signal to the entrance to the library from the central place of the “het Pand” complex.

The closed character of the building, which responds to the surrounding urban walls, is interrupted at street level by a continuous display window filled with books. The library can use it for display purposes and thus establish a dialogue with the pedestrians using the interior and peripheral paths. The exterior paths are protected from wind and rain by a glass roof.

Centred on itself, the library develops a playful and highly-coloured interior landscape that is animated in various manners. Small and distinct spaces that correspond to specific functions are to be found throughout the volume.

The books are stacked on 8.20 m-high shelves accessible by aisles that are distant from one another by 2.05 m, just as in the great baroque libraries of Eastern Europe. The disposition of the circulation thus invites everyone to roam around the library and explore at his or her own ease.