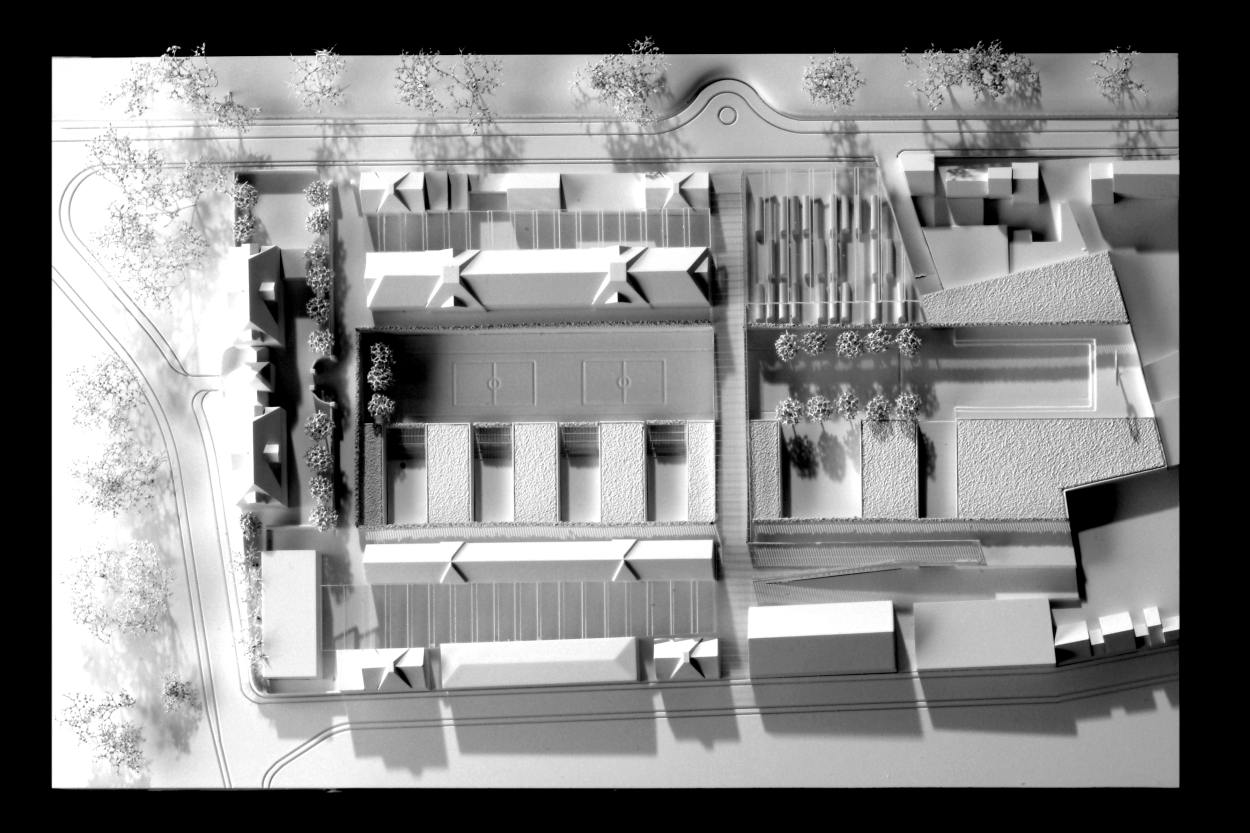 The European identity, with its diversity of culture, its social attitudes and its growing concern for respect of the environment, is expressed in the project for the fourth European School of Brussels on the site of the former Military Cadet School.

The orthogonal implantation of the existing buildings defines a major perspective axis that is directed towards the centre of Brussels and oriented to the south; it is important not to neglect the significance of the dominating winds.

The new constructions prolong the principle existing buildings and thus are below the central esplanade excavated for this purpose.

The new constructions are as discrete as possible and are an expression of respect for the environment as well as effective pedagogic tools in themselves. The various European sensitivities are thus expressed throughout the different zones of construction.

The search for the greatest physiological comfort leads to:

Particular attention is paid to pedestrian and bicycle access as well as to automobile and bus traffic.