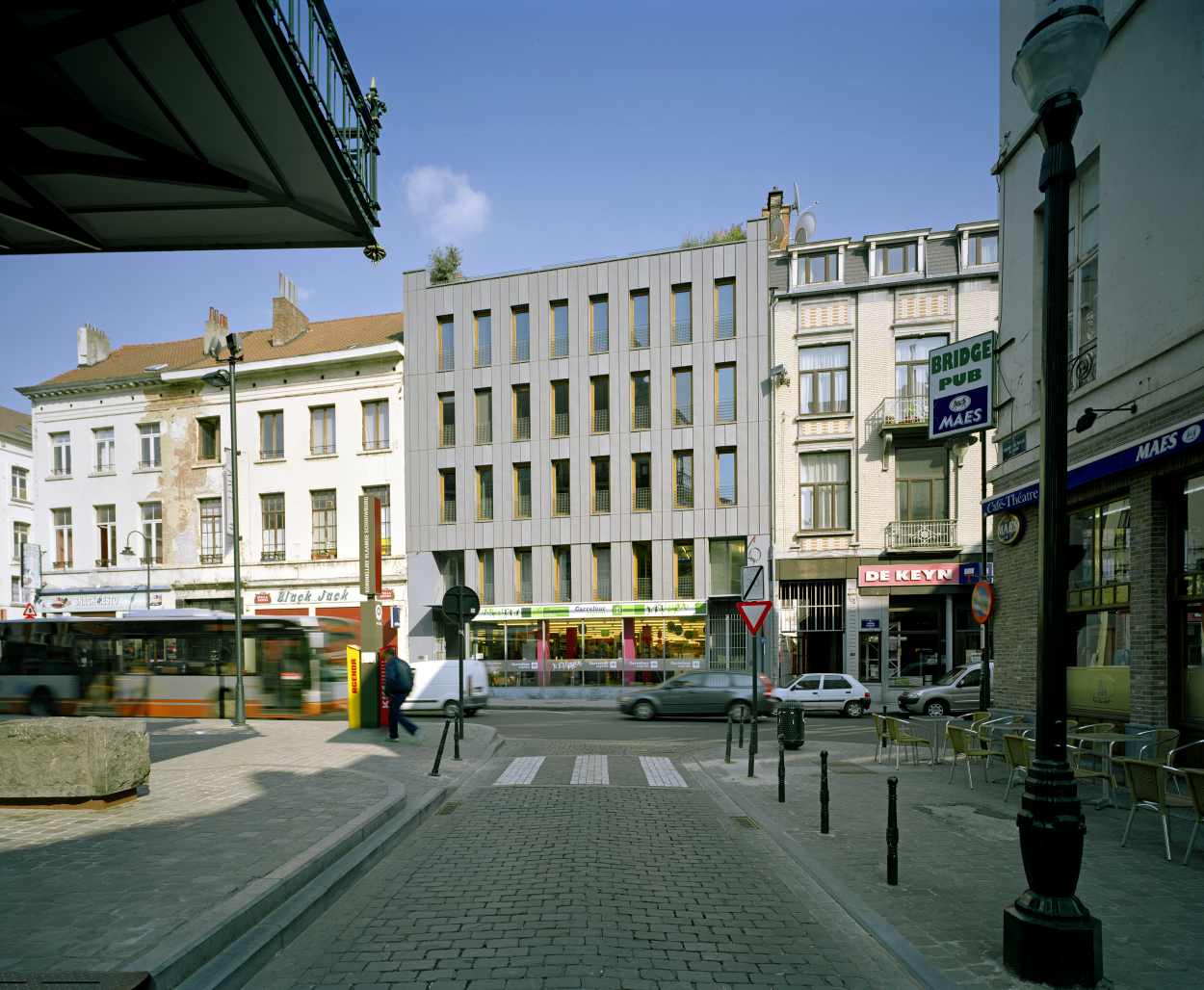 A warehouse dating from the early 20th century, and transformed numerous times, occupies the totality of a lot that is 14.5m wide and 52m long situated between the rue de Laeken and the rue de l’Epargne.

This building of five stories, plus basement, faces the recently renovated Flemish Theatre.

Its structure is a hybrid ensemble of concrete columns, concrete and steel beams, and wooden joisting and flooring.

The front façade is actually an inefficient curtain wall in aluminium and light glass windows; the rear façade is a masonry wall.

The building is transformed to accommodate seven large apartments, a commercial space at street level with a mezzanine that is accessible from the rue de Laeken, as well as an ensemble of 30 student lodgings on the side of the rue de l’Epargne where the access to the cellars and the 15-unit parking area in the basement is also situated.

Large indentations in the existing volume are realized for this purpose. The seven apartments thus benefit from large terraces oriented full south.

The facades have light-hued wooden window frames, and zinc siding, with upright joints on the rue de Laeken and metal sheeting for the rest of the structure.

465-Housing for SpaarlakenWednesday, May 14, 2014Filippo Aimo