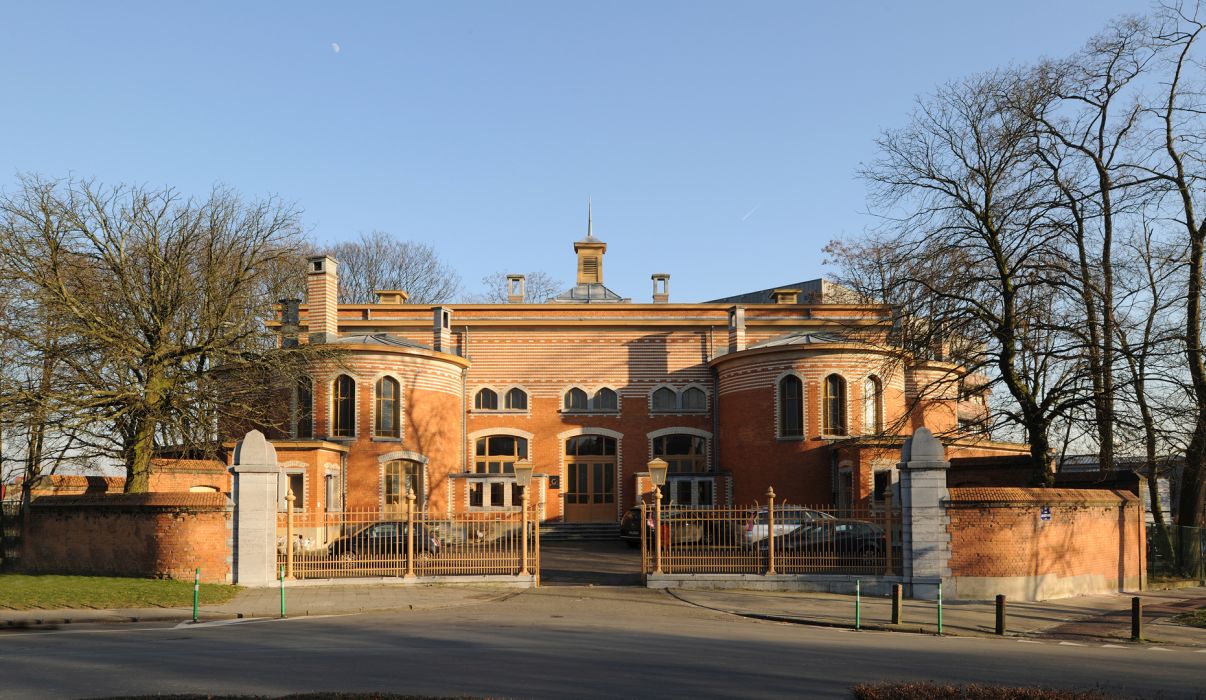 312-6 Restoration of the former chapel

The Chapel, listed as historical monument and disused
Not only was the “Chapel” a place of worship for funerals (ground floor), it used to be composed of a mortuary and of an autopsy room (lower ground floor) – both accessible from the ground floor. Those two levels were completely separated and only connected to each other via a corpse lift.

The building is disused since the 1980s. Both its lack of proximity with the hospital and the proportion of its volumes made it impossible for any medical services to be performed there.

The CHU Brugmann highly values the existing construction heritage built by Victor Horta in the early 20s. It has been decided that the pavilion will be restored and used as a place to host conferences, small colloquium (100 to 150 participants maximum) or even formal internal meetings and training sessions for the CHU’s employees.

The building was listed historical monument in 2005 by the Région Bruxelles-Capitale. The studies were conducted in close collaboration with the regional services in charge of the protection of monuments and sites.

The space programming
The main vaulted volume of the Chapel is located on the ground floor. The vault is divided in movable acoustic curtains so as to virtually create two auditoriums (80 seats) separated by a central welcoming area. The central area can also be used as an extension of both auditorium adding another 200 seats.

On the lower ground (lower ground floor), the different rooms are converted into a polyvalent facility where a logistic services area, a big auditorium (80 seats), 4 meeting rooms (32 seats each), a virtual library and a social room will be fitted. All of the rooms can be easily connected to one another and create a large common open space.

The circulation between the two levels – now essential to the new structure – is possible through the former freight lift which remains usable after its update to security norms.
New stairs and sanitary facilities are built in a former excrescence situated at the rear of the building and which used to be an animal housing facility.

Spaces and outside façades
The building’s façades are renovated and restored to their original aspect. The only added elements to the exterior of the building are the glazed walls which partially close the covered gallery situated on the ground floor and the glass cover which closes one of the two small aerated courts at the centre of the building.

The garden is landscaped so as to highlight the building’s assets and to harmonize the external functioning of the circulations with the two main entrances.

The metal gate at the entrance of the main yard is the exact replicate of the former one.

The interior spaces
The interior spaces regain their original aspect once all added items were removed. In order to preserve the patrimony, the architectural interventions were local and minimalistic. The most striking ones were the following:

– New internal doors were placed in the new openings in the walls or to replace the missing former doors.

– The audio-visual equipment and the seats of the conference rooms are movable.

– The sanitary facilities and the kitchenettes are established in the existing logistic areas.

-The building services (lighting, ventilation and plumbing) are hidden.

-The existing chandeliers on the upper ground floor are kept and combined with indirect light towards the vaults.

-The original corpse lift is preserved, restored and used once up-to-date with security norms.

The vaults on the ground floor are maintained. Some counter ceilings in plaster boards are placed on the lower ground floor for acoustic reasons and to hide the pipes and ducts of the building services.