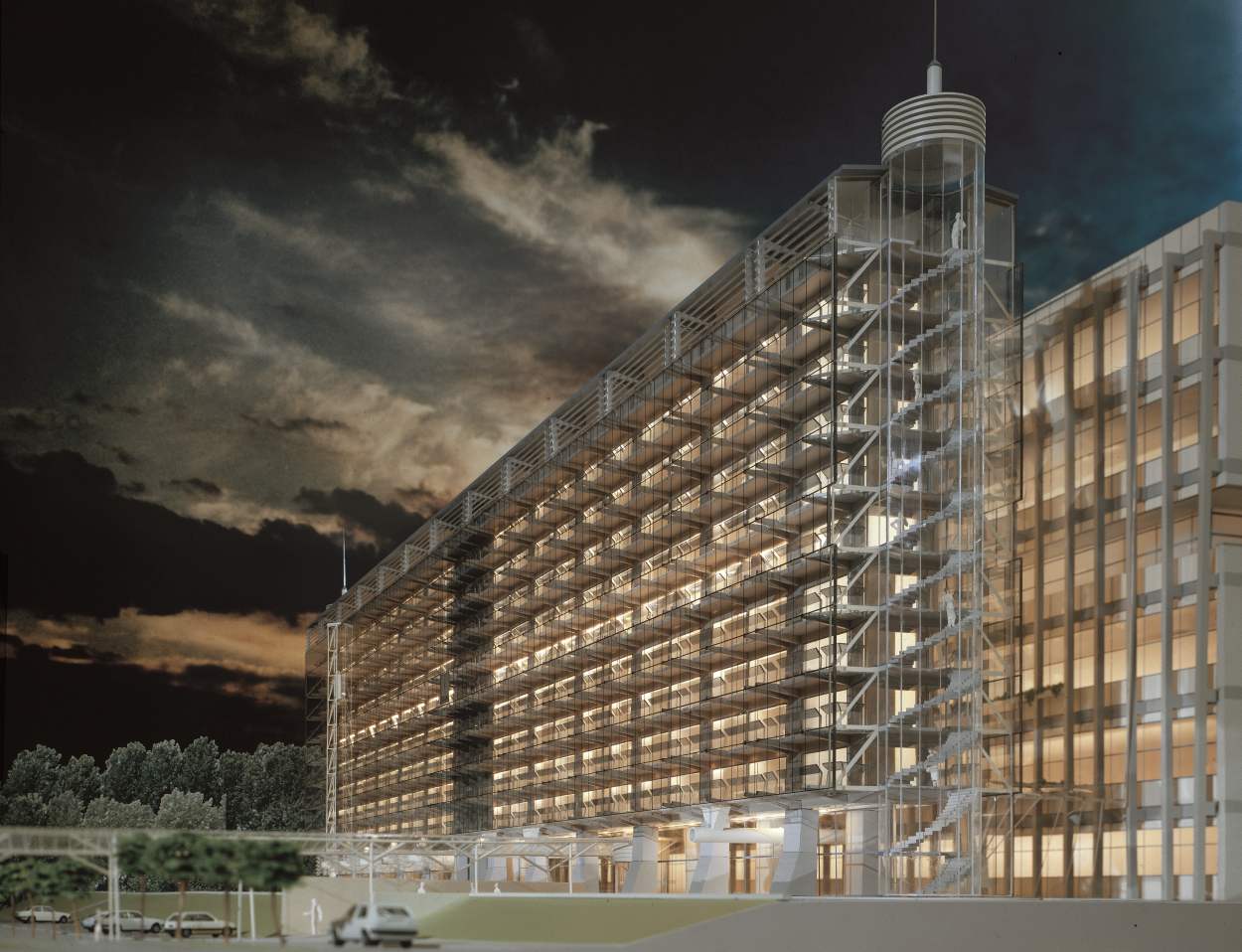 It was determined that an extension must be added to the Center in order to meet the following needs :
– closer proximity and shorter walking distance between the laboratories and the offices;
– and enhanced sense of teamwork and cooperation among the 220 researchers.

Pursuant to a detailed physical planning study, a first proposal submitted to Solvay in March 1988, provided :
– limited walking distances between the new offices and the laboratories
– direct views from laboratories to offices and vice versa
– maximum transparency of the offices
– a large atrium acting as communication space between the new and old structures
– all double-deck offices within one level of their related laboratories
– large footbridges and suspended stairs to minimize communication distances.

Subsequent to this first proposal, the client revised its physical planning criteria and requested study of an alternative scheme that would permit an unrestricted view of the landscape from the laboratories, recognising that this would necessitate less interaction between the offices and laboratories.

The fall of the Berlin Wall delays the project as Solvay has the opportunity to make important investments in former East Germany in order to refurbish its factories there.

About the transparent plastic roof membrane: