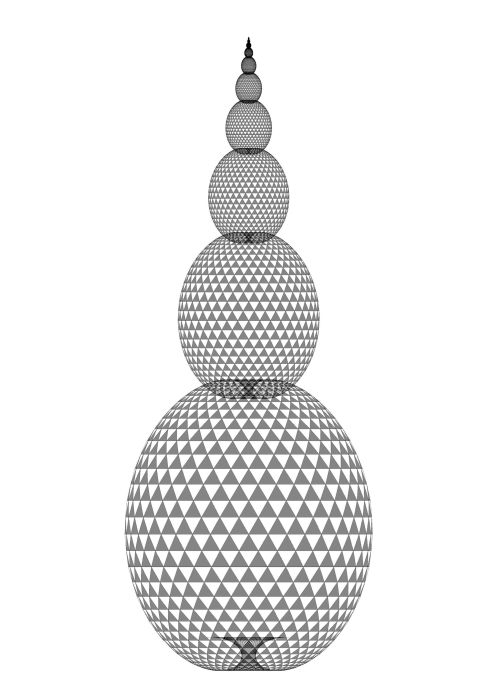 It was in the late 1960s that 3D parametric designs could be produced thanks to the FORTRAN IV language, provided a computer with the appropriate computing power and a graphic printer were available. Consequently, I was able in 1970 to model the geometry of the “Wing Building” at the French-language Free University of Brussel (ULB)¹ computing centre, using this 3D virtual model to calculate its structure² the following year at the Massachusetts Institute of Technology (MIT). However, the time available on the large computers needed for calculations, even at MIT, was limited and subject to quotas for everyone. So I had to decide to draw the graphical results by hand just as I studied the “isobaric” and “isonode” structures with a parallel T on a door leaf, acting as a drawing table, in my room at Harvard Street n°361 (apt 3 c/o Aragon), Cambridge, Massachusetts.

Upon my return to Brussels, in July 1972 all my energy was (and still is) devoted to learning the art of building, in parallel to the art of calculation, so I had to confine myself to displaying the meagre results of my reflections in the magazine “Neuf” in 1974, and then at the “Second International Conference on Space Structures” in 1975³.

Hence 45 years later, in common with everyone else, I had all the computer power and technology I needed to resume my unfinished business. You do not write your own drawing or calculation programs anymore, you use them “ready-made”. The following illustrations were produced by Ali Laghrari with Rhinoceros and his “assistant” Grasshopper.