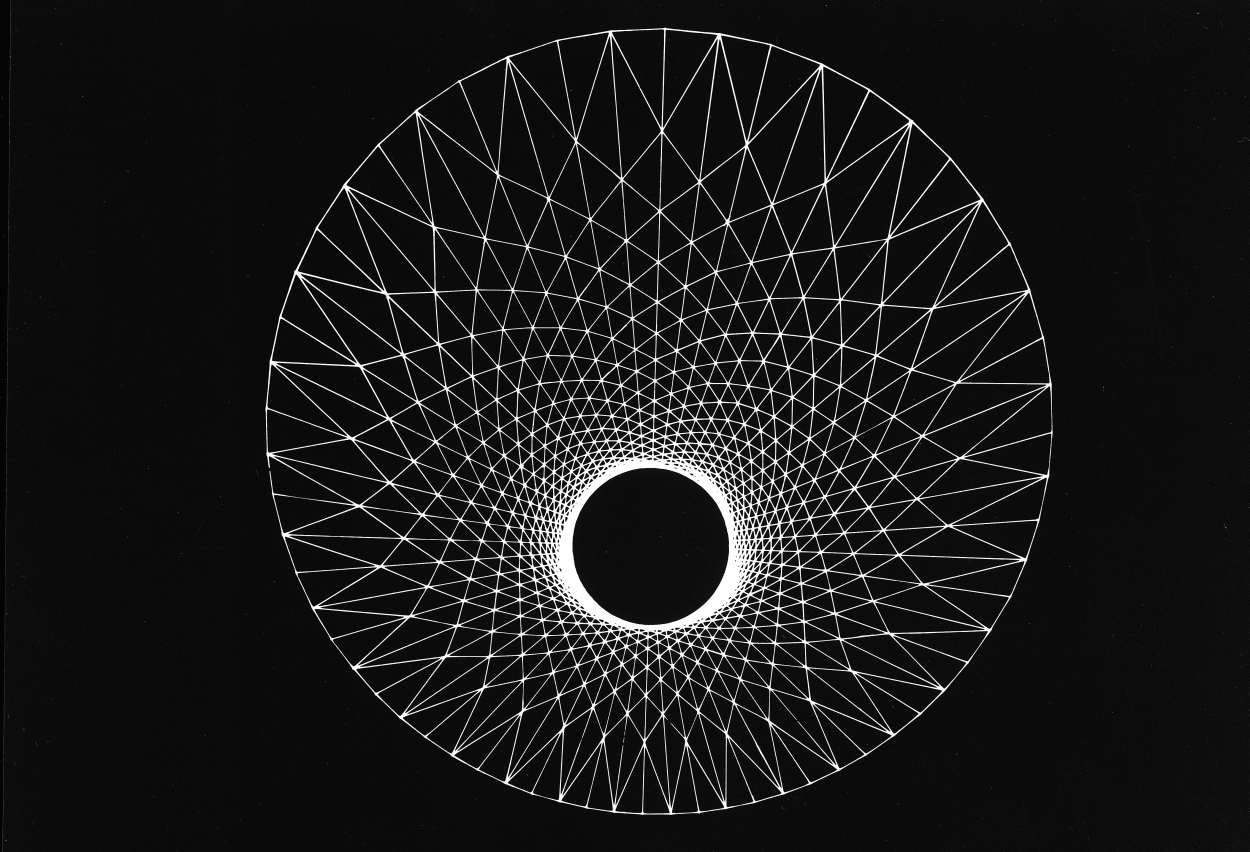 The research carried out involves the conception of forms for structures made of one or two layer reticulated membranes, having a minimum of different components.

The first family of spatial patterns concerned, called ” Isobarres “, is derived from the deformation of hypostatic regular or semi-regular plane tilings of which every bar has the same length.

The second, more limited family of spatial patterns conceived, called “Isonodes”, is identifiable by its three-dimensional nodes which are identical but for one degree of discrepancy.