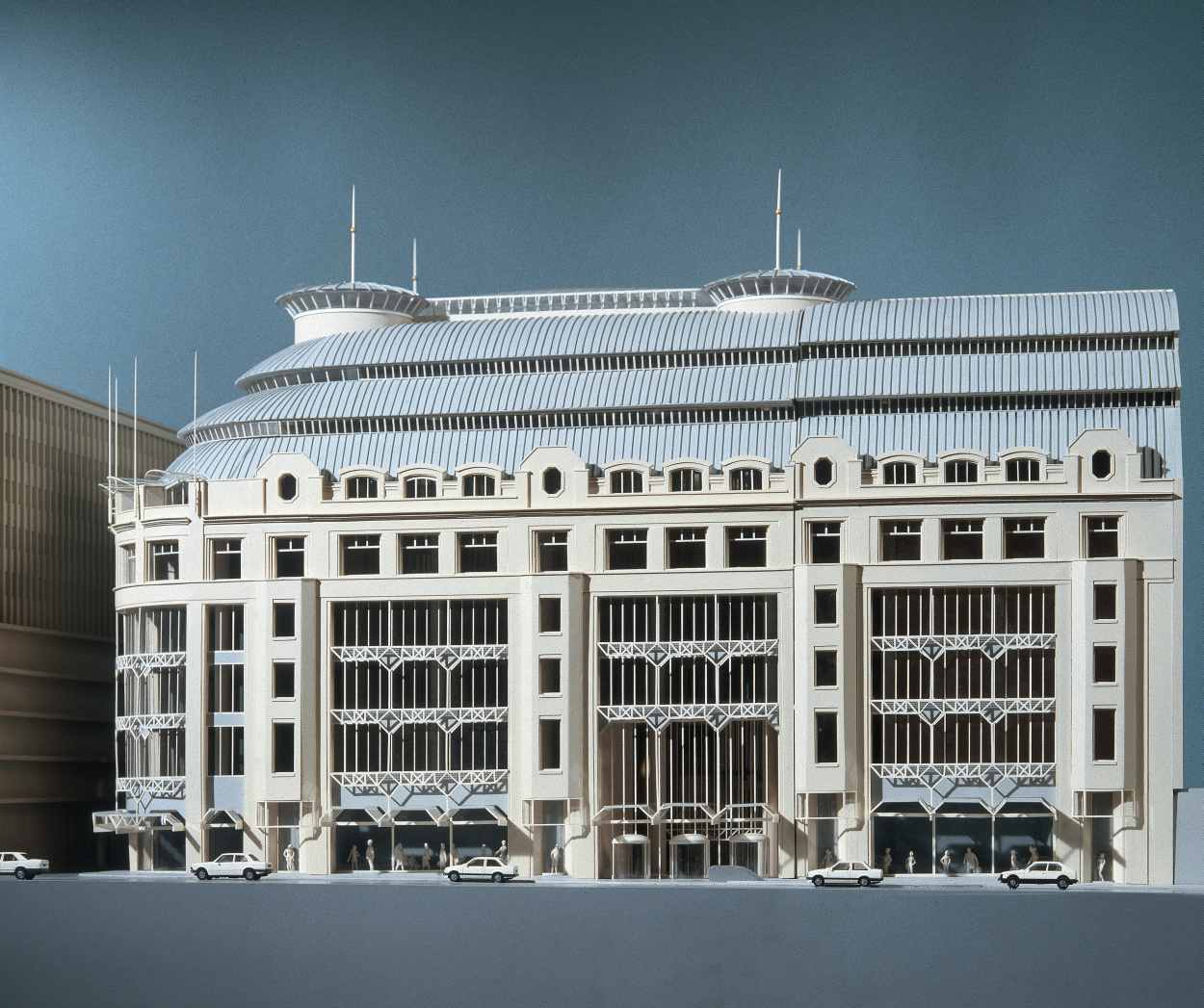 The “AU BON MARCHE” building erected in the 1930s was used as a department store until 1985. It includes two basement levels and eight levels above ground. Like many department stores at this time, it was originally designed around a large light well open on four levels. It was closed by metal floors in 1968 after the dramatic fire at the nearby ” INNOVATION ” department store.

The project drawn in 1986 restores the atrium and covers it with a light, transparent dome so that each floor can be broken down into office plateaus between 14 and 18 metres wide lit naturally on two sides.

The plans of the original building show an underlying pattern expressed in the project by the drawing on the floor of the atrium, the oval of the central fountain and the geometry of its cylindrical walls for sound quality. Four cypresses emphasize this scheme on the edge of the fountain.

The curved inner facades are covered in blond terra cotta, blue stone and light oak fixtures. The curve is inversed on the last floor by installing four terraces to broaden the opening of the atrium right under the dome.

The four corners give access to the offices. Their round shape extends to the roof. Four panoramic meeting rooms are installed there.

The technical shafts, sanitary facilities and circulation shafts are placed in the two corners of the atrium along the walls where no windows can be fitted.

The roof repeats and amplifies the movement of the current roof. Three storeys of offices are housed in the volume and are lit naturally by strip windows.

In 1990, the project was extended to the entire block, increasing from 18 000m˛ to more than 57 000 m˛ (without the car parks) and then include shops and housing. The building permit is issued in 1996 for a project with sober, contemporary facades.

The new owner insists on very decorative facades, however. These do not correspond to Philippe Samyn’s architectural convictions, and consequently he terminated his assignment as architect and advised it the Atelier d’Art Urbain (A.A.U.) as successor. With its “Art Déco” skills, it redrew the facades based on Samyn’s plans and has continued the assignment.