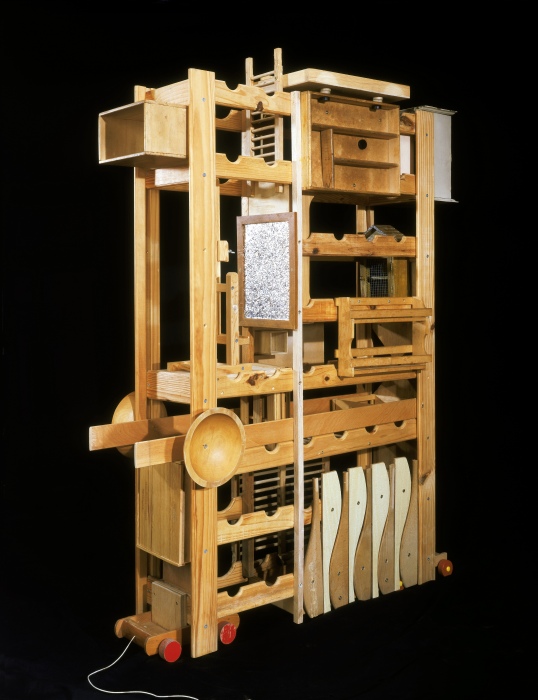 This institution is deeply anchored in the Belgian social fabric and assists people in temporarily precarious circumstances.

It regularly organizes social and cultural manifestations. Every year a fashion show of haute couture that Belgian designers have benevolently created, and in which the creations are put to auction, attracts tremendous public attention.

This initiative is now being extended for the first time to the realm of design with a « secondhand – second life » exhibition from 17 May to 20 May 2006 at the organization’s headquarters, 101 rue Américaine, followed by a public auction of the objects created by the designers.

Thus, Philippe Samyn chose to build a doll house from discarded toys and other diverse wooden objects that have been collected by the organization.

Selected by his daughter Virginie, they have been assembled by him with her help as well as that of Francis De Donder, a carpenter and host for the day on Sunday 30 April from 1 p.m. to 9 p.m.