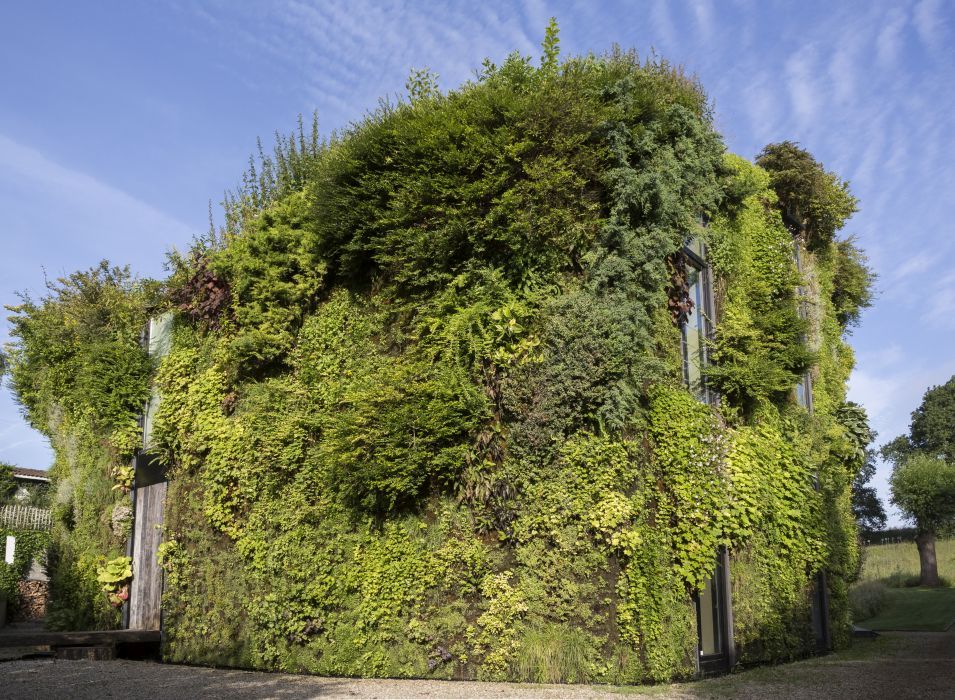 390-House in the Outskirts of Brussels

This house for an artist includes the street level of an existing small house. It now houses the entry hall, a family room and a kitchen; the living-room and the stairway are in the extension to the building.

The second floor includes the master bedroom with its bathroom, as well as five children’s rooms and sanitary installations. They are equipped with a mezzanine protected by textile netting that will lead to the glassed-wall facade.

The house presents curved and vegetalised facades that are very private and closed to the neighbours to the north, the east and the south. In contrast, the west facade is entirely glass-walled as if it were one huge partitioned window.

It is planned that Immense translucid white polyester curtains in widths of 1.6 m suspended from the top of the structure to the ground floor would run along this great « window »  to ensure shade in the summer months.

Initially conceived as a wall of ivy with a patinated copper roof, the vegetalised facade is finally composed of a selection of exotic plants chosen by the botanical artist Patrick Blanc, and extends to cover the roof.

The structure, the insulation, and the water-tightness of the envelope resolve the building physics issues and receive the necessary support, irrigation and fertilisation systems for the plants that are set into a felt support stapled to rigid PVC panels.

A 60 cm wide moat runs along the foot of the vegetalised facade and collects the irrigation water for its recycling in the system.

390-House in the Outskirts of Brusselsdonderdag, mei 15, 2014Filippo Aimo