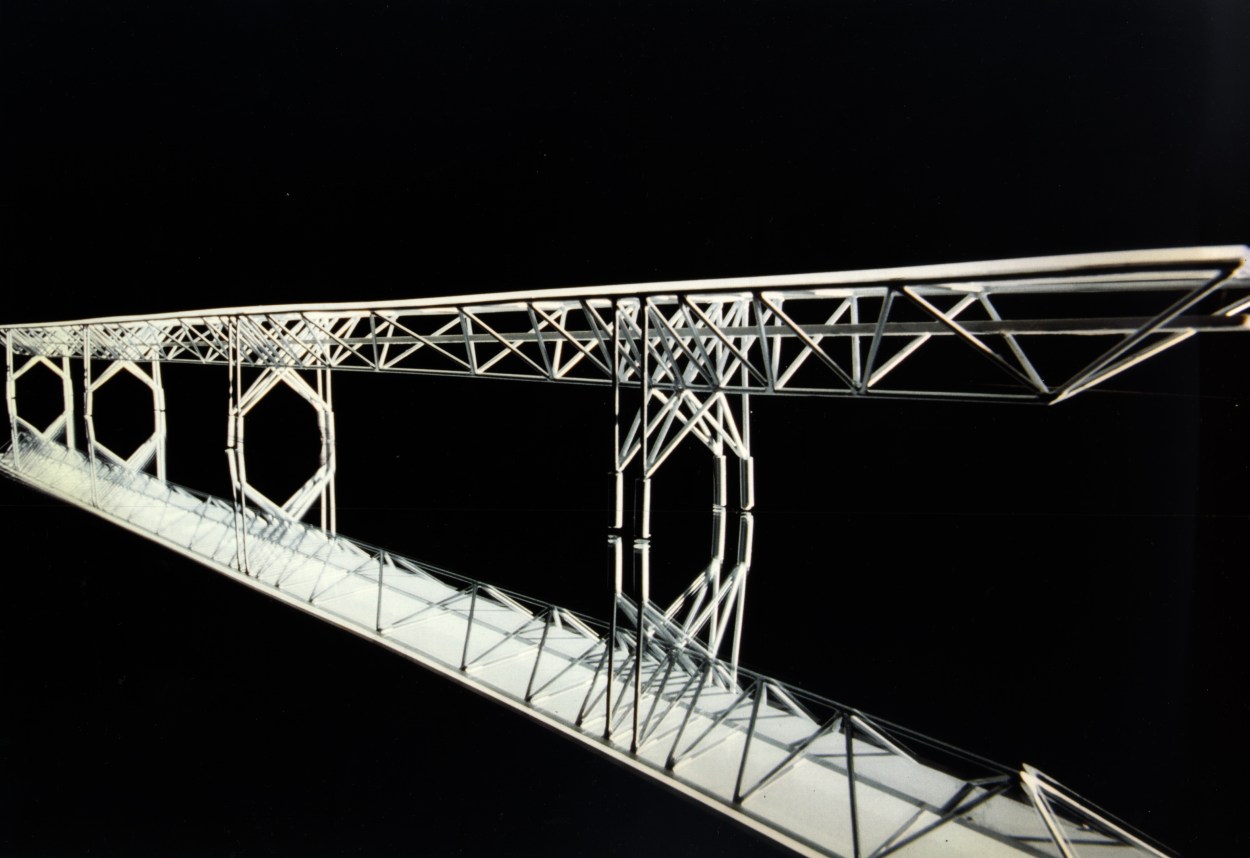 In his third book in 1570, Palladio was the first to design a lattice beam (pp.15-17). However, the earliest lattice beams were not constructed until the the beginning of the 19th century with the advent of the use of steel in building. All the designs known to date were completed between 1820 and 1850 and any 3-dimensional lattices developped since 1950 are based on the same morphology. These structures are always easy to build and do not require sophisticated tools because the bars and nodes are numerous and interchangeable.

The widespread use of robots an progammable macine tools in the steel construction industry now makes possible the economic manufacture of plane and 3-dimensional lattices in wich all the bars and nodes are different. It is therefore interestingto examine the variations in grid sizes of a lattice beam or layer to try to arrange the bars in the best possible way according to the variation of shear stress and bending moment.

We call these configurations : ” Harmonic Structures “.

Although the idea and first sketches date to the 1985 architectural diploma project of Philippe Samyn and are used extensively in the entry for the ” Nara Citizen Center ” competition in Japan, it is not until the beginning of November 1991 that a systematic study of straight beams composed of meshes sized in a variable progression of cross bars is launched.

A Warren beam is chosen, isostatic an uniformly loaded, the loads being transferred to the nodes without taking account of buckling.

The potential for such beam is shown in the example where we can see very clearly the economy of material by comparison with a corresponding beam having equal meshes (its length is L and its height is h) :

The research is currently continuing on space structures.