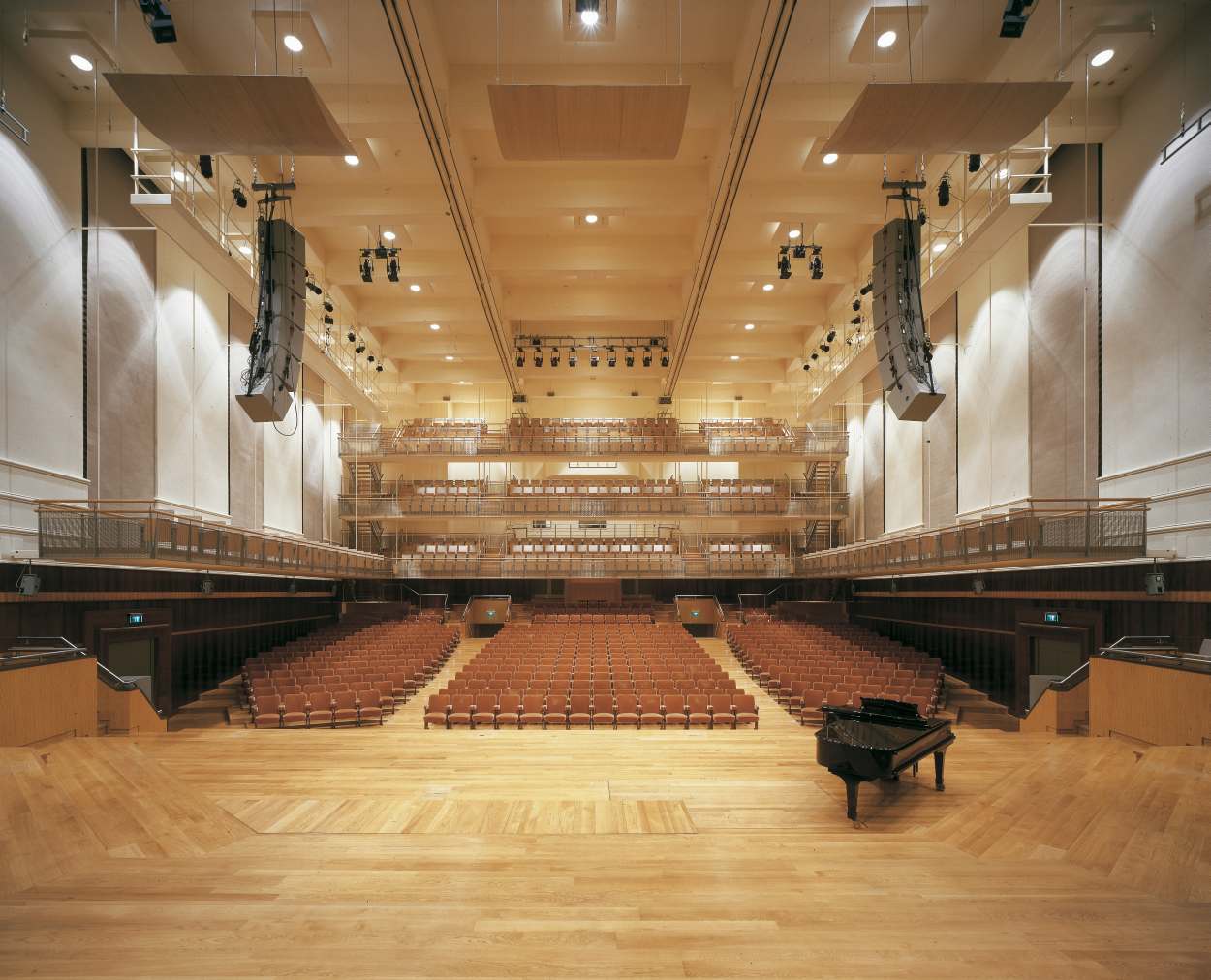 Renovation of the old INR building

In 1933 the NIR (National Institute of Radiobroadcasting) organised a competition whose purpose was to centralize the various departments of the Radio company in a single area of the city. It was won by Architect Diongre. The works took place from 1935 to 1938. The building consisted of two separate acoustic towers, each seven storeys high, in which the recording studios were piled up and isolated from one another by technical and administration rooms as well as by “silences” (large empty volumes). All studios have a trapezoďd shape with L x l x h = 5 x 2 x 3 proportions to optimize their acoustic performance. The ensemble was laid out around three inner courtyards providing light and fresh air to the rooms and corridors. The acoustic towers are flanked by five storeys of technical, administration and storage spaces. A third acoustic tower was planned above the garage. Very sober façades were designed according to the architectural “Modern Style” of the time. In 1974, the RTB/BRT (Belgian Radio and Television company) left the building. It was sold in 1989, partly listed in 1994 and closed in 1995. The Maison de la Radio Flagey company bought the building in 1998.

The project proposes a reorganisation of the functions and circulations of this listed building : new elevators and fire exits, access for the disabled, … The programme comprises the transformation of the recording studios into concert halls, the renovation of the offices, artists’ dressing rooms, and sanitary rooms, as well as shops and a tavern on the groundfloor. The basement floor hosts, besides studio 1 with its storage and servicing areas, an artists’ cafetaria, dressing and sanitary rooms for studios 1, 2 and 3, storage for the shops, the kitchen of the tavern and the majority of the technical rooms (HVAC, power, …)
On the groundfloor, shops are located behind the windows of the Flagey and Sainte-Croix squares façades. At the corner of the two squares, a tavern extends on three floors, and can function both independantly and in relation with the lobbies. The public enters the building through the entrance of the Sainte-Croix square, while the main entrance on the Flagey square greets the musiciens. Three entrances give access to the offices : one on the Flagey square and two on the Belvedčre street. Equipement is let into the building through a delivery area located on the Belvedčre street as well. The studios are renovated in dialogue with the Monuments and Sites Administration. They are transformed into concert halls in full conformity with the current regulations, including regarding access for the disabled, and the latest performance techniques. The circulations, lobbies, sanitary, dressing and artists’rooms, storage and equipment areas are thoroughly re-examined. Studio 4 is fully refitted to increase its capacity from 436 to 900 seats.
After removing the asbestos present in the original building, the tiers are revised, three new superimposed balconies are added as well as two side baclonies. The additions take place while keeping intact the listed existing wood paneling, and respecting the reversibility principle. An early proposal comprised a set of curved wood shells progressing continuously from stalls to balconies. The cross-shaped studios allowing the mixing with one another of four distinct sound-spaces are set back in activity. On the upper floors, cultural offices stretch along the facades while the studios’ ancillary functions are located behind the large vent-shaft parallel to the Flagey square. An office extension is also planned in the place of the third acoustic tower, above the delivery area. This new construction prolongs the existing volume against the party wall of the neighbouring school “La Cambre”.
Samyn and Partners has, in particular, been in charge of the studio’s design and the extension rue du Belvedčre.