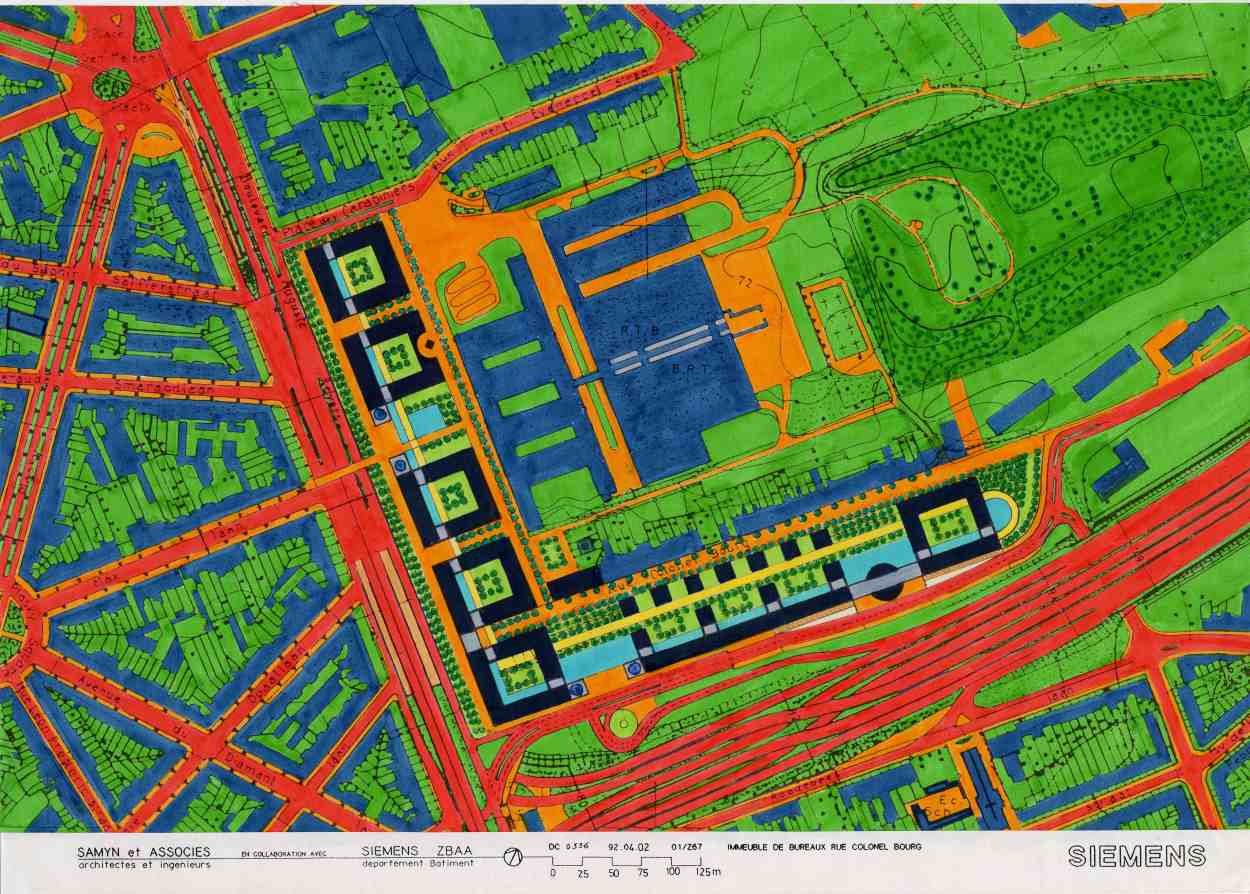 The construction of the new headquarters for Siemens Nixdorf between Colonel Bourg street and the Liège motorway arrival into Brussels entails a general urban study covering the entire area around the national headquarters of the Belgian Radio and Television Company facing Boulevard Reyers and the Liège motorway. This study, later used by the authorities for their official urban planning scheme, includes adaptation of the motorway exit, the concept of a road maintenance relief route for large vehicles, the creation of a pedestrian walkway in a residential area with a large green zone, as well as the planning of office buildings, housing, shopping areas and hotels.