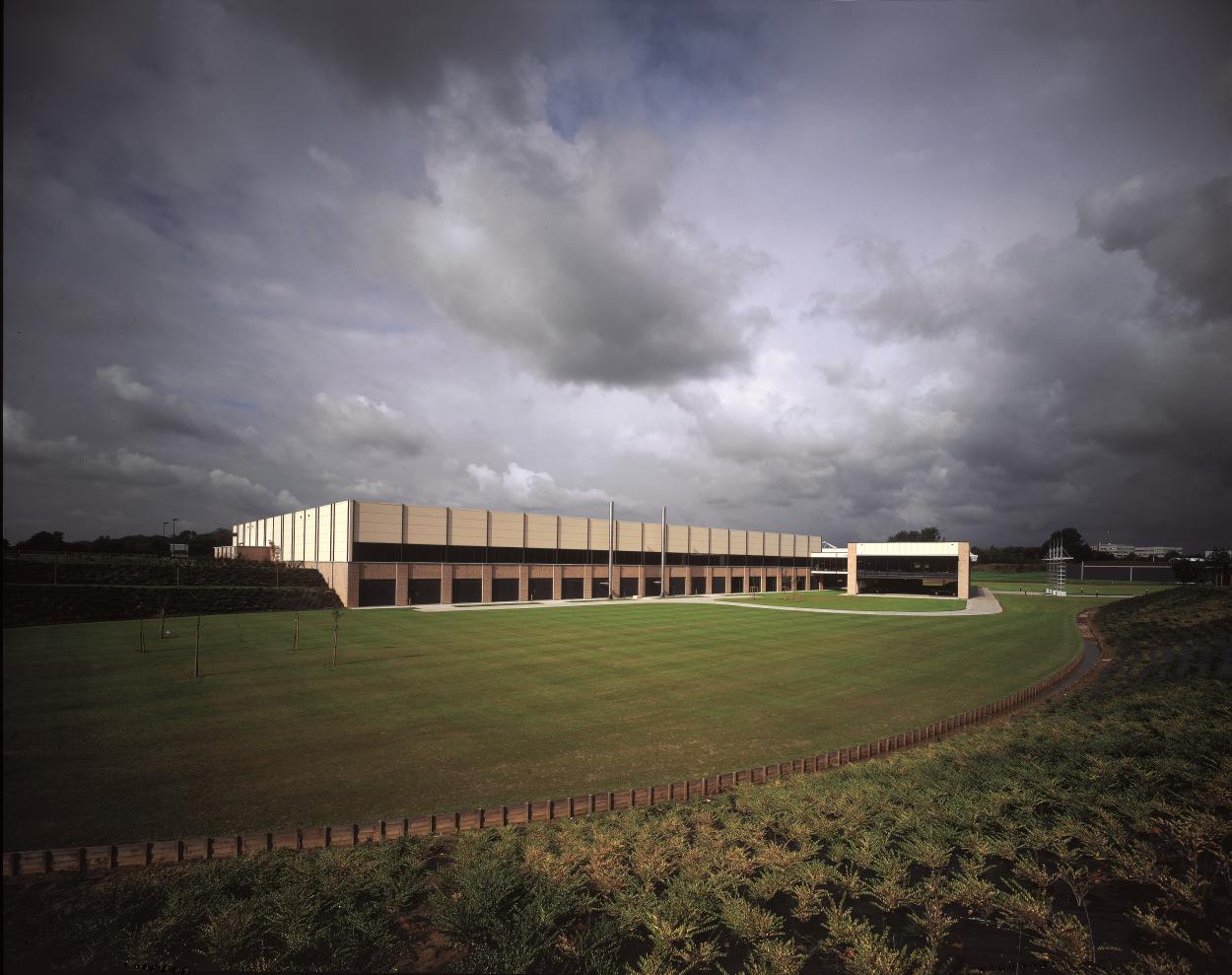 In March 1991, Samyn and Partners was appointed by Nissan, through Obayashi Europe, the Project Manager, to design the new research facilities for Nissan European Technology Centre (Brussels) in the Scientific Park of Louvain-La-Neuve.

The project calls for two new buildings : 7,000 sqm of laboratories, and 3,000 sqm of office space, with covered parking. These buildings are linked together by bridges, allowing for better personnel communication. Beyond functional requirements, the project emphasises the harmonious interaction between Man and Nature and a discreet high-tech image for the buildings.

The design team decided to place emphasis on the landscape surrounding the buildings, the latter being designed using traditional and industrial techniques with an effort to balance use, cost and image, resulting in simple proportion and detail. The large laboratory building appears as a closed box, set up along the grid lines of the Southern part of the Scientific Park. Its rather closed character is a consequence of the client’s request for confidentiality. The offices included in the laboratory building have a continuous strip that look on to a large private amphitheatre garden.

The office building, which is smaller in size, is juxtaposed to the laboratory building at an angle of 18°, following the grid of the Northern part of the Scientific Park. Both its open character and its situation are representative of the Nissan’s overture to the outside world.
This part of the landscaping is open and features an existing pond. The 150 m long winding entrance road is situated to the East of the site. It offers varying and picturesque views of the landscape to its staff, members and visitors, with the office building as its focal point.

The spatial sequence of the entrance is enhanced by a free-standing portico, a welcoming entrance door, the dimensions of which are blown up to the scale of a car in motion. All the cars are parked under the office building.

The main office space is at first floor level and has fully glazed elevation allowing generous visual contact between the offices and the landscape, and featuring a dramatic view of the pond. A wooden terrace is also provided, for the enjoyment of the staff.

The whole project development and construction was very positively influenced by Obayashi’s focus on the best balance between quality and cost. This helped the design team to find the appropriate solution to each problem.